Eiffage Génie Civil under the A8 freeway in Nice 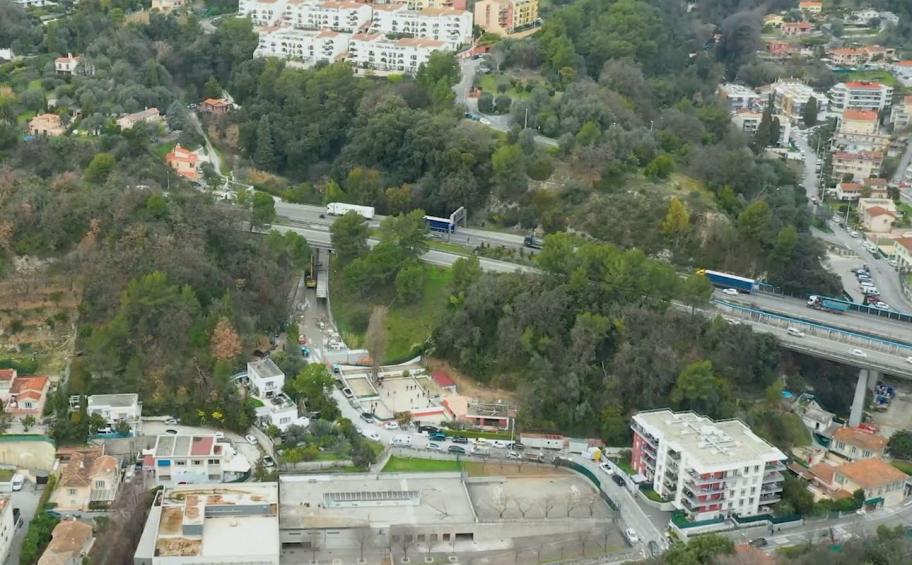 The foundations teams are working on the reinforcement of the retaining walls under the A8 freeway in Nice.

Carried out on behalf of Escota and under the supervision of Arcadis, the worksite consists of the reinforcement of reinforced earth walls, two of which are approximately 70 m long. In total, 639 anchors were installed for just under 9 km of drilling, the deepest of which are 15 m long. The use of a long-arm excavator equipped with a drilling mast made it possible to carry out the work at a height of more than 14 m while guaranteeing traffic for users throughout the operation.

On this site, the stakes were multiple with the compilation of Vinci Autoroutes' 0 accident approach and the respect of the 100% safety of the Group, the taking into account of the environmental impacts and the reduction of the nuisance to the neighborhood. To do this, a scaffolding was set up to allow continuous access to the local residents and a system for collecting drilling residues made it possible to avoid any pollution on site. At the same time, 100% of the concrete from the platforms was recycled.