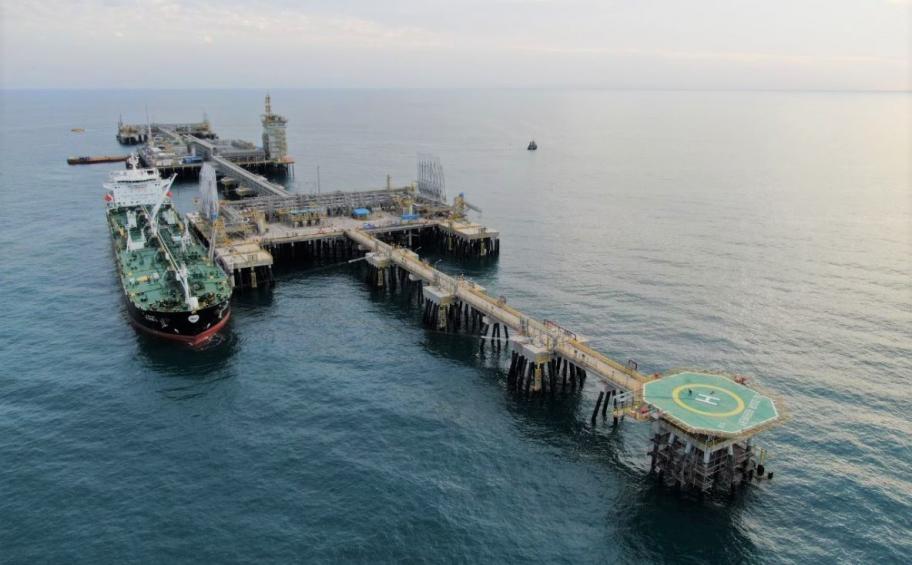 On 12th January 2022, a first ship has berthed to the offshore loading platform of Al Zour refinery in Kuwait to deliver the products necessary for its start-up. This operation is the first introduction of hydrocarbons into the marine facilities and constitutes a major milestone for the project.

The Zour refinery is the largest refining capacity (615 000 BPD) ever built in one stage. It will allow KIPIC to manufacture very low sulphur products compliant with the most stringent specifications worldwide.

Eiffage GC Marine has teamed-up with HDEC and SKEC, two Civil Works giants from Korea, to realize the marine facilities of the refinery. As part of the project, the three partners have built a 1.8 km long sulphur export jetty fitted with a belt conveyor and a ship loader, offshore loading platforms in an artificial island on piles (sea island) located 17km from shore connected to the refinery through five subsea pipelines and able to load simultaneously four vessels of 120 000 t and a small boat harbour including seven operation and support buildings.

The Lump Sum Contract, worth more than 1.1b€, is an EPC plus assistance during commissioning. The site works, started in 2016, have seen a peak mobilization of more than 4500 people and, at the end of December 2021, the number of worked hours exceeds 42 millions including more than 17 millions without Lost Time Injury since October 2019.