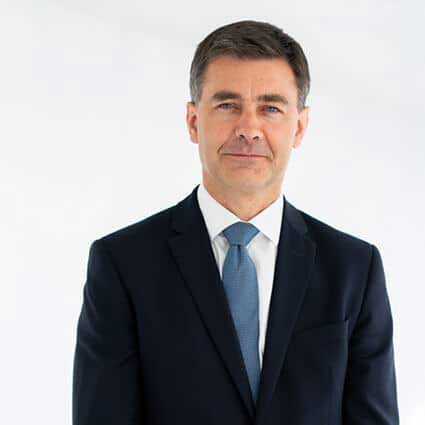 Guillaume Sauvé is a graduate of the Ecole Polytechnique and a Ponts et Chaussées engineer, and holds a diploma from the Collège des ingénieurs in Paris. He joined the ADP Group in 2002 as Projects Director, and took charge of the Group’s project management in 2008. In 2011, he was appointed CEO of the ADP Engineering Group (ADPI) then Director of Engineering and Development for the ADP Group in 2015.

In 2019, Guillaume Sauvé joined Eiffage Group. He is CEO of Eiffage Génie Civil and Eiffage Métal and their international business activities.